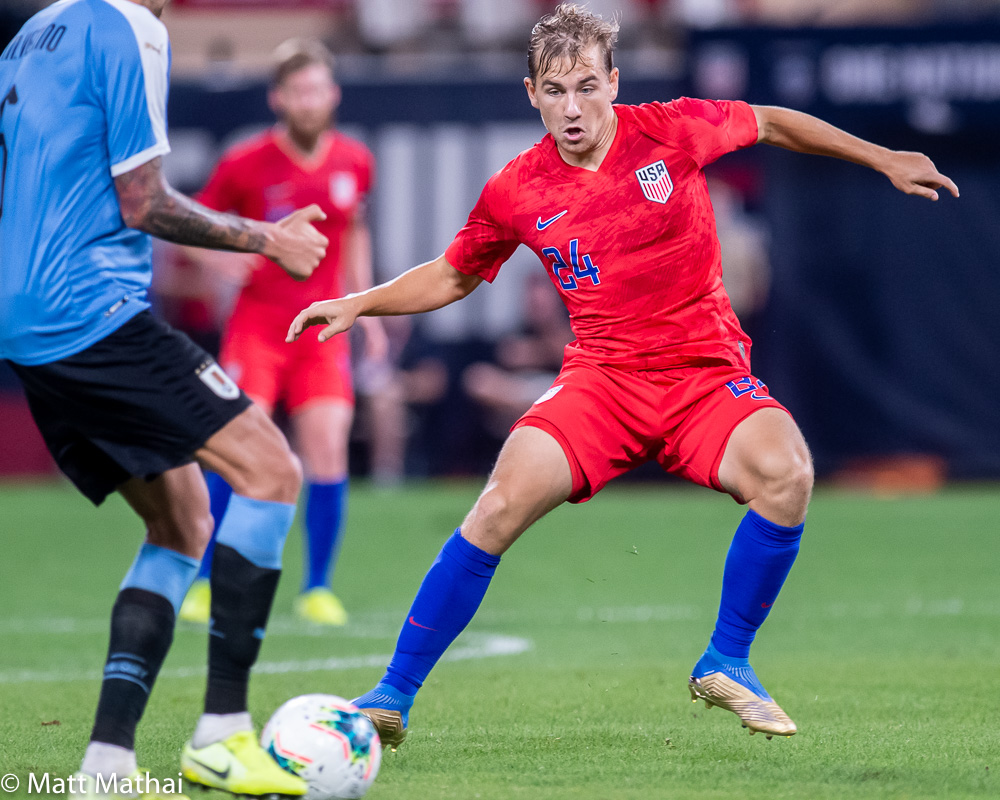 USA vs Uruguay: in pictures

USMNT ended their September international break last night as they lined up against Uruguay. More than 20,000 fans have gathered at Busch Stadium in St. Louis for the United States’ final tune-up match before their CONCACAF Nations League campaign kicks off next month.

The match ended in a 1-1 draw; Uruguay scored the first in the 50th minute thanks to a goal from Brian Rodríguez, while Jordan Morris equalized in the 79th minute.

Howler Contributor Matt Mathai was on the scene to capture the action. Check out his photos below.