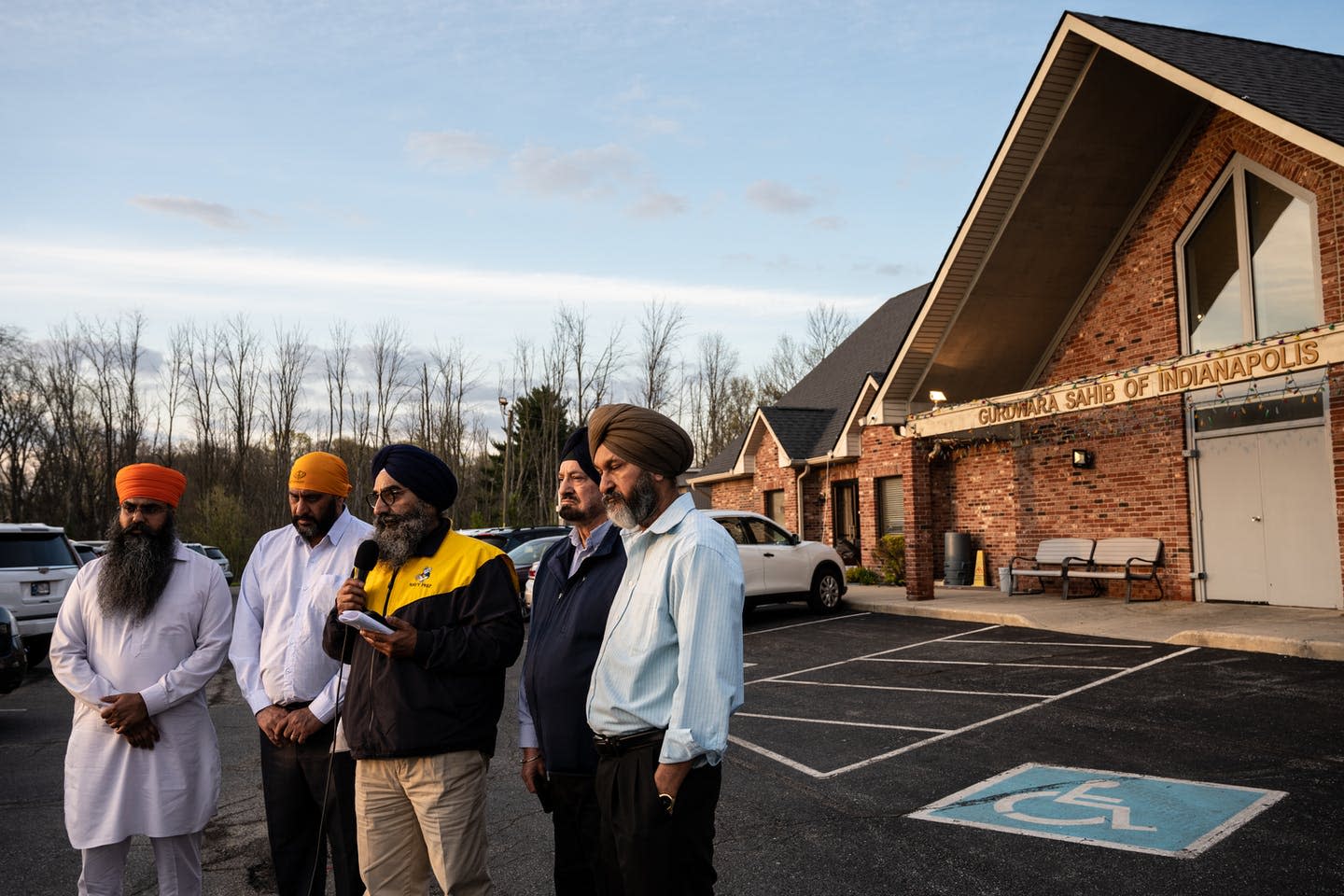 On April 16, 2021, a gunman opened fire on a FedEx facility in Indianapolis, killing eight people and injuring several others before committing suicide. Four members of the Sikh community were among those shot.

It was reported that the site had a significant number of Sikh employees and the massacre left the community shaken and in grief.

“I have sat with families in our community and so many others at the Holiday Inn Express while waiting to hear the fate of their loved ones,” said Maninder Singh Walia, Indianapolis Sikh community member. “These types of violent attacks are a threat to all of us. Our community has a long road to recovery – physically, mentally and spiritually – in recovering from this tragedy.

The shooter’s motive is not yet known. In a statement following the incident, the Sikh Coalition, an advocacy group, called the authorities to conduct a full investigation “including the possibility of bias as a factor”.

In the past, Sikhs have been the target of racist attacks. As a specialist in the tradition and myself a practicing Sikh, I have studied the prejudices and barriers that many Sikhs in America face. I have also known racial slurs from a young age.

The bottom line is that the United States misunderstands exactly who Sikhs are and what they believe. So here’s an introduction.

To start from the beginning, the founder of the Sikh tradition, Guru Nanak, was born in 1469 in the Punjab region of South Asia, currently divided between Pakistan and northwest India. A majority of the world’s Sikh population still resides in the Punjab, on the Indian side of the border.

From an early age, Guru Nanak was disillusioned by the social inequalities and religious hypocrisies he observed around him. He believed that one divine force created and resided in the whole world. In his belief, God was not separate from the world and observing from a distance, but fully present in all aspects of creation.

He therefore asserted that all human beings are equally divine and deserve to be treated as such.

To promote this vision of divine unity and social equality, Guru Nanak created religious institutions and practices. He created community centers and places of worship, wrote his own scriptural compositions, and institutionalized a leadership system (gurus) that would advance his vision.

The Sikh point of view therefore rejects all social distinctions that produce inequalities, including gender, race, religion and caste, the predominant structure of the social hierarchy in South Asia.

Serving the world is a natural expression of Sikh prayer and worship. Sikhs call this prayer service “seva”, and it is an essential part of their practice.

In the Sikh tradition, a truly religious person is one who cultivates spiritual self while serving the communities around him – or a holy soldier. The ideal of the holy soldier applies to women as well as to men.

Although little historical evidence exists as to why these particular items were chosen, the Five K’s continue to provide the community with a collective identity, binding individuals together on the basis of shared belief and practice. As I understand it, Sikhs treasure these articles of faith as gifts from their gurus.

Turbans are an important part of Sikh identity. Both women and men can wear turbans. Like articles of faith, Sikhs regard their turbans as gifts given by their beloved gurus, and its meaning is deeply personal. In South Asian culture, wearing a turban usually indicated one’s social status – kings and rulers once wore turbans. Sikh gurus adopted the turban, in part, to remind Sikhs that all humans are ruler, royal and ultimately equal.

[3 media outlets, 1 religion newsletter. Get stories from The Conversation, AP and RNS.]

Today, there are approximately 30 million Sikhs in the world, making Sikhism the fifth major religion in the world.

After British colonizers in India seized power in the Punjab in 1849, where the majority of the Sikh community was based, Sikhs began to migrate to various areas controlled by the British Empire, including South Asia. East, East Africa and the UK itself. Based on what was available to them, Sikhs played various roles in these communities, including military service, agricultural work, and railway construction.

The first Sikh community entered the United States via the West Coast in the 1890s. They began to face discrimination upon their arrival. For example, the first racial riot targeting Sikhs took place in Bellingham, Washington, in 1907. Angry crowds of white men gathered Sikh laborers, beat them, and forced them out of town.

Discrimination has continued over the years. For example, after my father left Punjab for the United States during the Iran hostage crisis in 1979, racial slurs like “Ayatollah” and “raghead” were thrown at him. It was a time when 52 diplomats and American citizens were taken captive in Iran and the tension between the two countries was high. These insults reflected the racist backlash against those who fit the stereotypes of Iranians. Our family faced a similar racist backlash when the United States entered the Gulf War in the early 1990s.

Racist attacks increased again after 9/11, especially because Americans were unfamiliar with the Sikh religion and confused the unique appearance of Sikhs with popular stereotypes of what terrorists look like.

Rates of violence against Sikhs increased after the election of President Donald Trump. The Sikh Coalition estimated in 2018 that American Sikhs were the target of hate crimes about once a week.

Academics and government officials estimate the American Sikh population to be around 500,000.

As a practicing Sikh, I can say that Sikhs’ dedication to the tenets of their faith, including love, service and justice, keeps them resilient in the face of violence. For these reasons, many Sikh Americans, including those affected by the mass shootings in Indiana, I believe, will continue to maintain their unique Sikh identity, proudly and apologetically.

This is an updated version of an article first published on August 9, 2018.

ATS is a financial partner of The Conversation US.

This article is republished from The Conversation, a nonprofit news site dedicated to sharing ideas from academic experts. It was written by: Simran Jeet Singh, Union Theological Seminary.

Simran Jeet Singh is not working, consulting, owning stock, or receiving funding from any company or organization that would benefit from this article, and has not disclosed any relevant affiliation beyond his academic appointment.