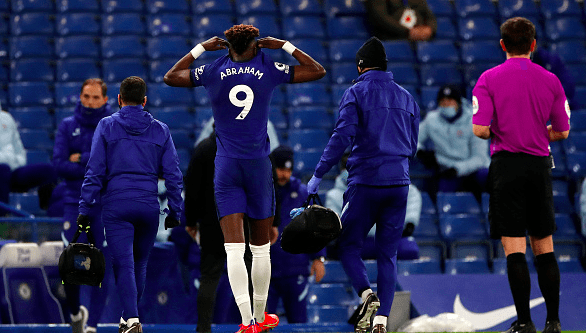 Leicester City are said to be looking for a striker this summer, and one of the names that has caught their attention, according to Fabrizio Romano, is Chelsea’s Tammy Abraham.

Leicester are among the clubs interested in signing Tammy Abraham. He is one of the targets for #LCFC if Chelsea are going to open to sell it this summer – Tammy is out of the squad today. 🔵 #CFC #Leicester

The first name that comes to mind for Leicester forwards is of course Jamie Vardy, but at 34 the seasoned goalscorer has definitely entered his downfall. He’s started the season pretty well, but a groin operation he underwent in January seems to have put him off completely. He has only scored once in 11 games since.

Foxes are obviously looking for a new source of objectives. They have been linked with Celtic’s Odsonne Edouard, but it looks like Abraham’s situation at Stamford Bridge has raised eyebrows as well. The 23-year-old was a regular starter under Frank Lampard last season, but that term he fell in the pecking order after the arrivals of Timo Werner and Kai Havertz. Since Thomas Tuchel took over the management of the team, Abraham has only started three games (two in the Premier League, one in the FA Cup), but it must be said that he missed the whole month of March due to ‘an ankle injury.