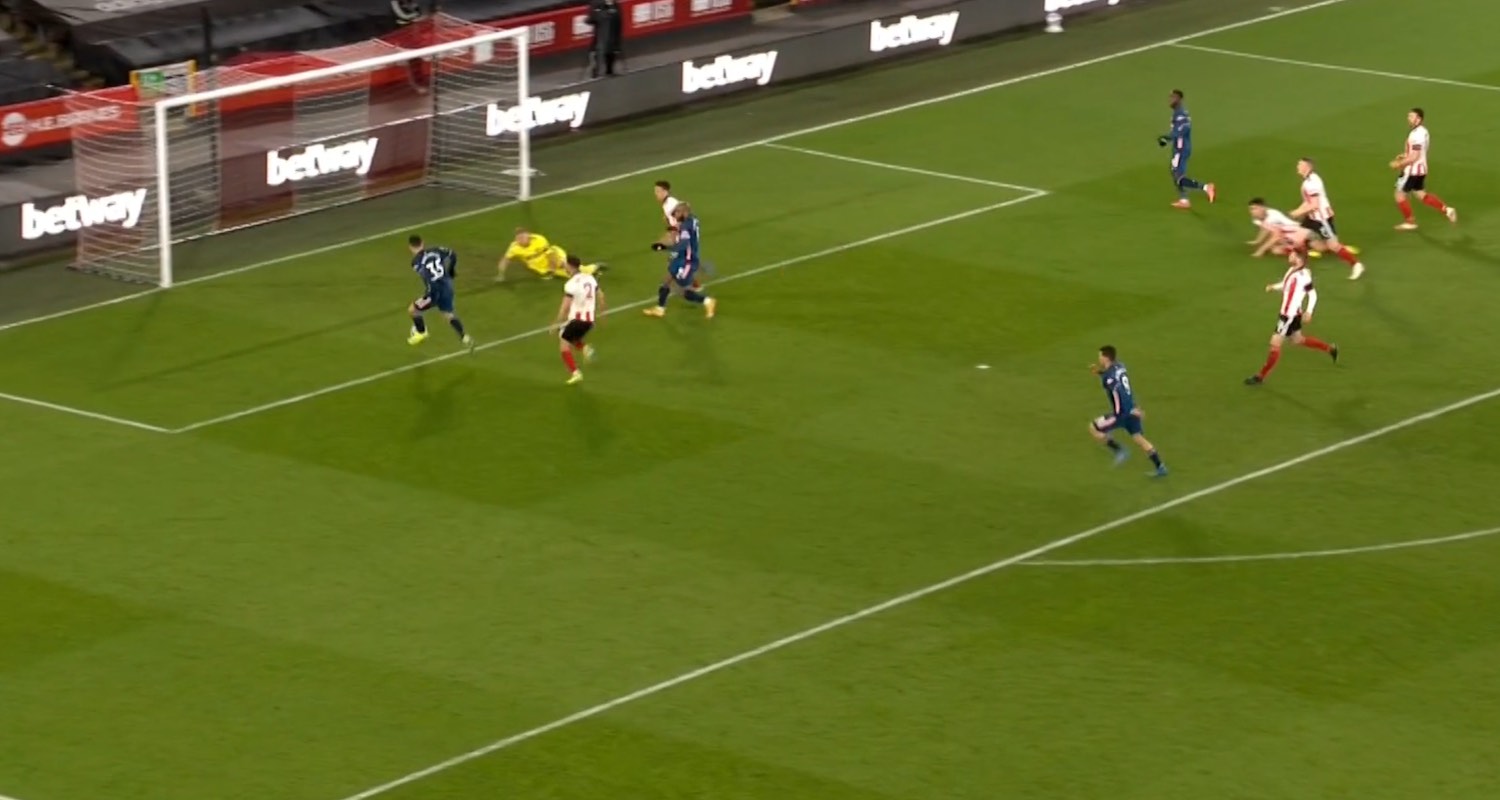 “I’m going to play well Thursday!” laughed Gabriel Martinelli in his interview with the official website after the 3-0 win over Sheffield United.

It was his first start since January 30, the 0-0 draw with Man Utd, and the fact that he scored with a good performance and a goal will have obviously pleased him, and has given Mikel Arteta something to think about . It’s interesting: whenever he talks about the young Brazilian, he does it in glowing terms, referring to his talent and potential. However, there is always a caveat on how we should be patient.

When you see him play, you wonder exactly what makes the manager think. It almost always has an impact. Think of the slump in November and December, and when Martinelli (along with Emile Smith Rowe) was selected for the game against Chelsea, they reinvigorated our dismal campaign to this point. There was a change in training, but also a change in energy.

These young players brought a sort of imperfect bravery to the way we play; something that was fresh and enjoyable after the overly choreographed caution the team and some individuals had performed with for too long. Smith Rowe more or less solidified his place in the squad, but Martinelli remained a bit too peripheral for many tastes.

To be fair, he injured himself, twisting his ankle during a warm-up, and that certainly had an influence on his involvement. This has led to speculation as to why he isn’t playing more and suggestions that Arteta may not like him. I don’t think it ever stacked up, although I couldn’t wait to see him play more often, but I can understand why when you see someone like Matteo Guendouzi send anywhere else because his behavior doesn’t was not tolerated, people might suspect something. was not 100% with Martinelli.

However, he was brought in for Pierre-Emerick Aubameyang in the 1-1 draw with Benfica; he replaced the captain again as the team still had to score in the 3-3 draw with West Ham; and last Thursday he was the first sub as we looked for a goal in the first leg of the first leg of Slavia Prague. It’s not huge considering how many games we’ve played, but it at least demonstrated that Martinelli had jumped above Eddie Nketiah in the offensive substitute pecking order.

There was also an interesting quote in Arteta’s post Sheffield United press conference who said he was ‘delighted’ with Martinelli’s contribution and then said:

I ask you to be patient because we have a lot of 19/20 players and if you compare where we are with other Premier League clubs then we are at the top. It’s not common.

I think every manager has some sort of experience flaw. It gives them some reassurance knowing that a player has been there, has done this and has worn the t-shirt. Sometimes however, the places they have been and the things they have done are no longer very useful, and the t-shirt is old, faded and needs to be cut for rags.

I need to find the balance between youth and experience. If you exclude eleven 34-year-olds, you’re done, the same as if you put eleven 17-year-olds. Obviously, it’s important to understand this side of things. But surely there comes a time when the need to balance talents is more important than balancing age?

Against Slavia Prague we made chances to win the game, no one disputes that, but the frustration of not taking them was exacerbated by our understanding that the squad was not set up properly. Like I said in the blog post after that game, you can’t play football like it should these days without players who can run. Against Sheffield United, with Martinelli and Nicolas Pepe apart from a striker like Lacazette, we looked a lot more balanced offensively, and even if we missed a chance or two, you felt like we could create more. I say this fully acknowledging that we are playing the lower side of the league which has now lost 8 of its last 9 games as they head to relegation, but it’s still true.

And let’s be clear, it wasn’t exactly the most mobile Arsenal team you’ve ever seen. Lacazette’s strengths are not in his racing power, his endurance or his ability to emerge in depth and then find himself in dangerous positions in the opponent’s area. We had Dani Ceballos with his wobbly legs in midfield, just ahead of Granit Xhaka at left-back, so we had some issues in that regard. Nevertheless, they were compensated by the inclusion of operating power in the wide canals, and through the center with Bukayo Saka and Thomas Partey.

For me, that’s the balance Arteta needs to find most of the time. Again, I understand the need to be careful with younger players sometimes, but when your struggles during a season are mostly due to you not playing enough as often as you should, the solution is to look yourself in the face.

It will be very interesting to see what he does on Thursday in terms of selecting his team. There are a number of issues we need more clarity on before we start speculating on this, but we can discuss them later in the week.

For further reading this morning Lewis looks at the decision to use Xhaka left-back in the final column of tactics, and that’s something James and I talk about in the new Arsecast Extra, all links to listen / subscribe are below. Until tomorrow.