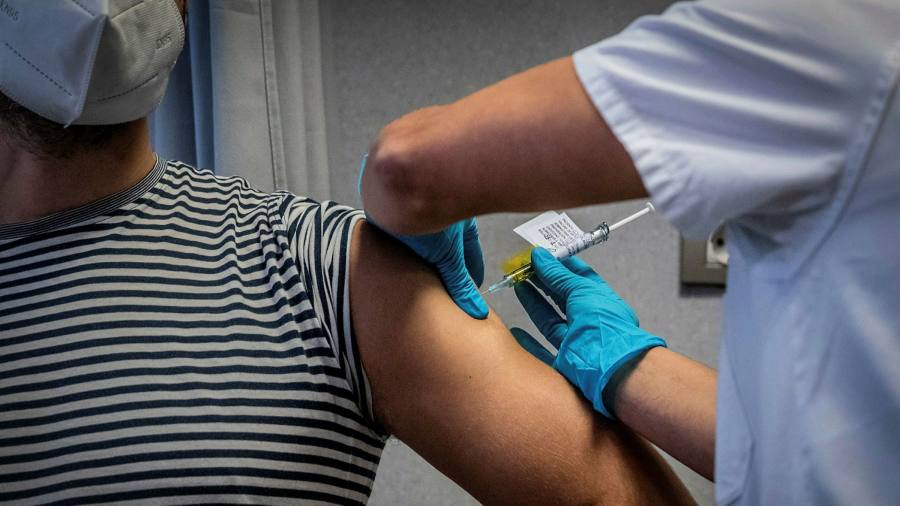 A group of scientific advisers have recommended that the United States resume use of Johnson & Johnson’s Covid-19 vaccine after deciding that the benefits of inoculation outweigh the risks posed by rare blood clotting issues.

The Immunization Practices Advisory Committee on Friday voted 10-4 to recommend lifting a break it called for 10 days ago, after six of the more than 7 million people who received the vaccine fell seriously ill. Since then, nine more cases have been reported, all in women, three of whom have died.

While the United States Food and Drug Administration has ruled that there is a “plausible” link between the vaccine and disease, ACIP members have recommended resuming its use with a new warning from the regulator.

This recommendation will need to be approved by the director of the U.S. Centers for Disease Control and Prevention, and the final decision to administer the vaccine will be made by states and health care providers.

The break was put in place after several women fell ill with a combination of blood clots and low platelet counts. Such a combination is very rare, according to doctors, and can be exacerbated by the use of a traditional anticoagulant to treat blood clots.

All the women were under 60 and most were between 34 and 40 years old. But the CDC found that the benefits of receiving the vaccine outweighed the risks for each group analyzed, including women under 50.

According to CDC analysis, recommending the J&J vaccine to anyone 18 years of age and older would prevent up to 1,400 deaths over a six-month period. The organization also found that it would advance by two weeks the time when every American adult who wants a vaccine has one.

J&J said he had agreed on a new label with the FDA, which would warn that “adverse events” had been reported after use of the vaccine, most of which had occurred in women between the ages of 18 and 49. .

Several committee members said they wanted a stronger warning, especially for young women. Sarah Long, Professor of Pediatrics
at Drexel University College of Medicine, said: “This is an age group that is most at risk [from clotting and low platelet counts] it is to receive this vaccine primarily to save the life and morbidity of other people rather than their own.

“I’m so sorry that we didn’t choose to highlight, the knowledge we have is unique, it’s bundled, it’s almost certainly vaccine-related, and there are options,” she added, referring to competing vaccine supplies made by BioNTech / Pfizer and Moderna.

José Romero, chairman of the committee and director of the Arkansas Department of Health, said doctors would be able to communicate the risks to beneficiaries. “It is our responsibility as clinicians to make sure that women understand this risk and, if possible, that they have an alternative,” he added.

The committee met last week, but could not agree on whether the single-injection vaccine should still be recommended for universal use in adults.

Earlier this week, the European Medicines Agency found there was a “possible link” between jab and blood clots, but concluded that the benefits outweighed the risks. Germany announced on Friday morning that it would allow the vaccine to be administered to everyone, but Sweden said it was keeping its suspension in place.

Since the start of the break, the pace of vaccinations in the United States has fallen from an average of 3.4 million days to 2.9 million days. The country has administered 219 million doses, according to the CDC, with just over half of all adults receiving at least one dose.

A similar issue with rare blood clots has disrupted the rollout of the Oxford / AstraZeneca vaccine, which, like J & J’s jab, uses an adenovirus, such as the common cold, to deliver the vaccine protein into the body. The vaccines developed by BioNTech / Pfizer and Moderna use messenger RNA technology.

J & J’s vaccine, the first single-injection vaccine authorized in the United States, suffered further setbacks. Production of the vaccine at a plant in Baltimore was halted by the FDA earlier this week as the agency investigates the site, run by Emergent BioSolutions, which has been plagued by manufacturing issues.

The House of Representatives Oversight and Reform Committee on Monday launched a separate investigation into whether Emergent had received contracts to manufacture vaccines “despite a long documented history of under-trained staff and quality control issues.”