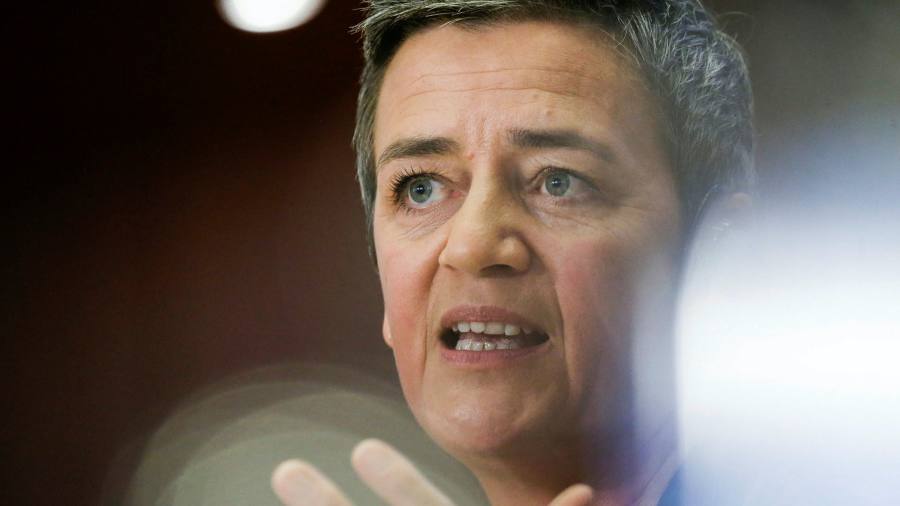 Brussels is set to finalize new legislative powers that would allow it to crack down on market-distorting subsidies from foreign governments, as the EU seeks to defend against perceived unfair competition from capitals, including Beijing.

The proposed rules, a summary of which has been seen by the Financial Times, represent a significant hardening of the bloc’s approach to state-backed competition from abroad.

The bill, which is expected to be unveiled next week, will be interpreted as a challenge in particular for China at a tense time for the EU’s relations with Beijing. It comes after the EU and China reached a preliminary deal for a landmark investment treaty late last year – though ratification of the deal will take some time.

The EU already has some tools to tackle foreign subsidies, including trade defense instruments and foreign investment screening to deal with potential security threats.

But its state aid rules directly target only liquidity distributed by European states. Officials fear this has left a void when it comes to subsidies from non-EU states that facilitate acquisitions in Europe or support the activities of companies in the bloc.

Under the proposed regulation, which follows a Brussels white paper published last year, the European Commission would be empowered to intervene in takeovers of EU companies or public tenders when they are fueled by public subsidies from outside the bloc.

Under the new system, the most important and potentially the most distorted purchase or procurement offers would have to be notified in advance to the Commission. These are planned buyouts of companies worth at least 500 million euros or public contracts of at least 250 million euros, according to two people familiar with the discussions.

The commission could choose to open investigations into other cases, with the power to request information and conduct on-site investigations, but foreign grants worth less than 5 million euros would be considered unlikely. to distort the EU single market. Companies could be fined for failing to comply with requests for information or orders to abandon a buyout plan.

Due to the lack of transparency of foreign government subsidies, the committee will use a series of ‘indicators’ to assess the degree of potential distortion of the single market, including the size of any subsidy relative to the size of a given market or at the value of an acquisition. Certain types of subsidies, such as unlimited guarantees, will be considered particularly distorting.

Remedies would include behavioral or structural remedies – such as banning a deal or selling assets – and repayment of grants received, as well as interest.

The proposed regulation falls under the purview of Margrethe Vestager, the executive vice-president of the commission which oversees competition.

“In recent years, foreign subsidies appear in some cases to have distorted the EU’s internal market, creating an uneven playing field,” said the summary viewed by the Financial Times.

In some cases, the latter have facilitated the acquisition of EU companies or distorted trade in services, to the detriment of competition. Government aid includes zero interest loans, unlimited state guarantees or tax subsidies.

The bill will soon be submitted for consideration by Member States and the European Parliament. However, it could be a few years before the regulation becomes law and those involved warn the proposals could still change.

EU officials said the proposals would also affect European companies if they received subsidies from outside the EU. “Where the money comes from is what matters, even if it is a European company,” said an official with first-hand knowledge of the proposals.

The commission said it had “no specific comments” to make on the proposals.