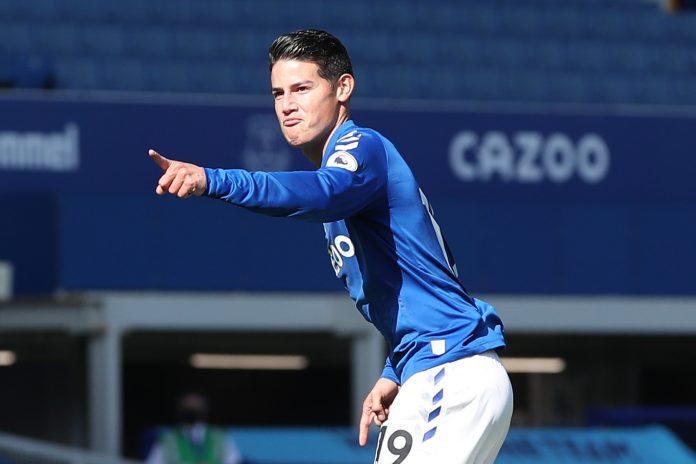 The former Real Madrid midfielder has a contract with the Merseyside club until the summer of 2022 and Marcel Brands is already looking to convince the Colombian to agree to the terms and his new contract.

The report of Mark says Rodriguez’s contract extension is a ‘big obsession’ for Ancelotti who is keen to keep the player for another year.

Rodriguez has done well at Goodison Park since moving from Real Madrid and he has established himself as one of the best players at the club. He has six goals and nine assists so far this season.

The Toffees will be looking to qualify for the Champions League in the years to come and they must hold on to players like Rodriguez to achieve their ambitions.

The 29-year-old needed some stability in his career after an unforgettable stint with Real Madrid and the move to Everton provided him with that opportunity.

He has been a regular starter for Ancelotti’s squad and he also seems to be regaining his confidence and form.

Rodriguez may be looking to play European football and a player of his caliber deserves to play at a higher level.

However, Everton have improved a lot since Ancelotti’s arrival and the Toffees could fight for European qualification next year with a few quality additions.

It will be interesting to see if Everton can convince the player of his ambitions and get him to sign the new contract this summer.

Read: Why Everton have to beat Chelsea and Manchester United to 18-year-old valued at £ 27million