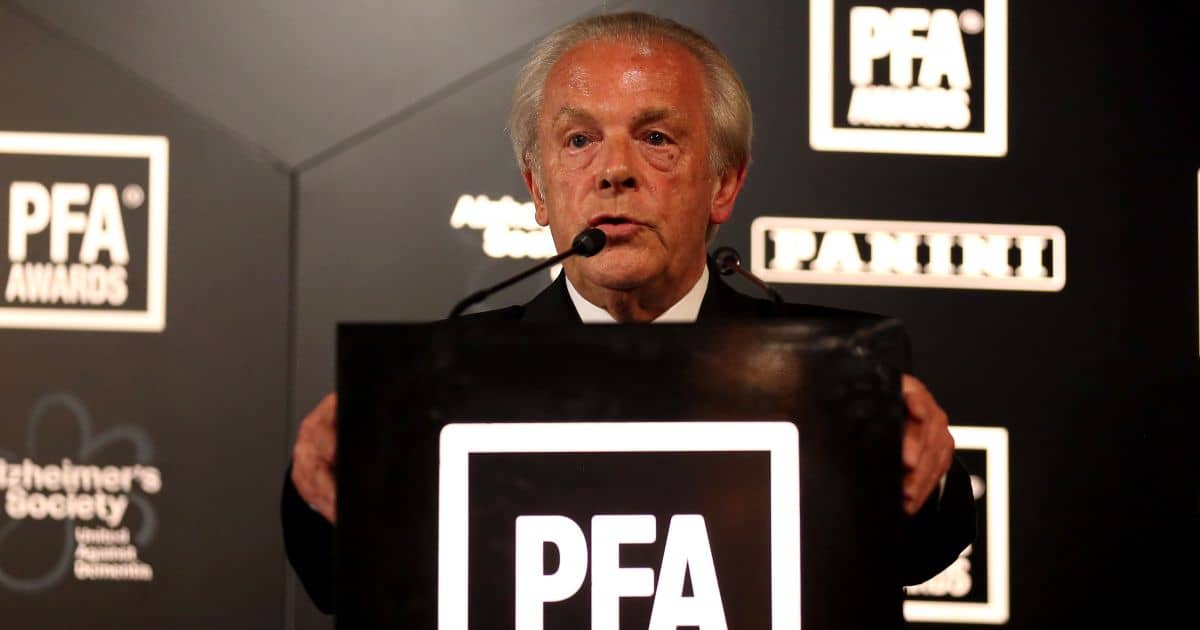 Chris Sutton says he is “angry” and “insulted” after PFA chief executive Gordon Taylor defended the organizations’ work on dementia.

The PFA has not “fallen asleep” on the issue of dementia in the game, according to its outgoing chief executive Taylor. The union boss addressed a parliamentary inquiry into concussions in sports on Tuesday, and was asked about criticism of the PFA by activists such as Dawn Astle and Chris Sutton for his record of research into the possible link between concussion and sub-concussion injuries and the development of neurodegenerative disorders.

Digital, Culture, Media and Sports Committee Chairman Julian Knight asked Taylor if the union was ‘asleep at the wheel’. Taylor said, “We never fell asleep on it.”

Sutton accused Taylor of having “blood on his hands” on this matter. Sutton’s father Mike, like himself a former professional player, died in December of last year after suffering from dementia.

And on Tuesday the former Blackburn forward, a Norwich forward, tweeted: “It’s very hard to listen to this and not be angry. It is insulting to the families who have lost loved ones and have been avoided… ”

Gordon Taylor claimed that the PFA had been successful in fighting dementia. Professor Willie Stewart called it a mess …
It is very difficult to listen to this and not be angry. It’s insulting to families who have lost loved ones and been shunned…

When asked if Sutton was right, Taylor said, “This is a very touching subject. Chris Sutton is one of those people I speak to in a civilized manner. I tried to explain. He was offered help for his father who was a contemporary of mine when I was playing.

“We offered him the chance to come and see what we’re doing. And what we plan to do in the future.

“I’m always ready to put my head above the parapet because what we’re doing has to be there. I am more than ready to do this with anyone.

“I can make a calendar on everything that happens, we’ve never fallen asleep on it.

“We were frustrated with the initial research. The data was not there in our NHS, which is a factor that (the committee) needs to consider. When we found out that the data was available in Scotland to go back in time, we probably have the best evidence in the world (via the FIELD study). “

Football’s approach to concussions is a ‘mess’

“It’s ridiculous to say. It is a serious subject to which we pay great attention. “

When asked if he has any regrets about the PFA’s work in this area over the past 20 years, Taylor said, “I wish we had unlocked the key. But we are doing our best.

Sutton tweeted his annoyance that one of the committee members, Clive Efford, asked Taylor about the recent Super League breakaway attempt.

“DCMS is now asking Gordon Taylor about the European Super League over a discussion of concussions and brain damage after not asking questions they should be having What an absolute farce …” he wrote .