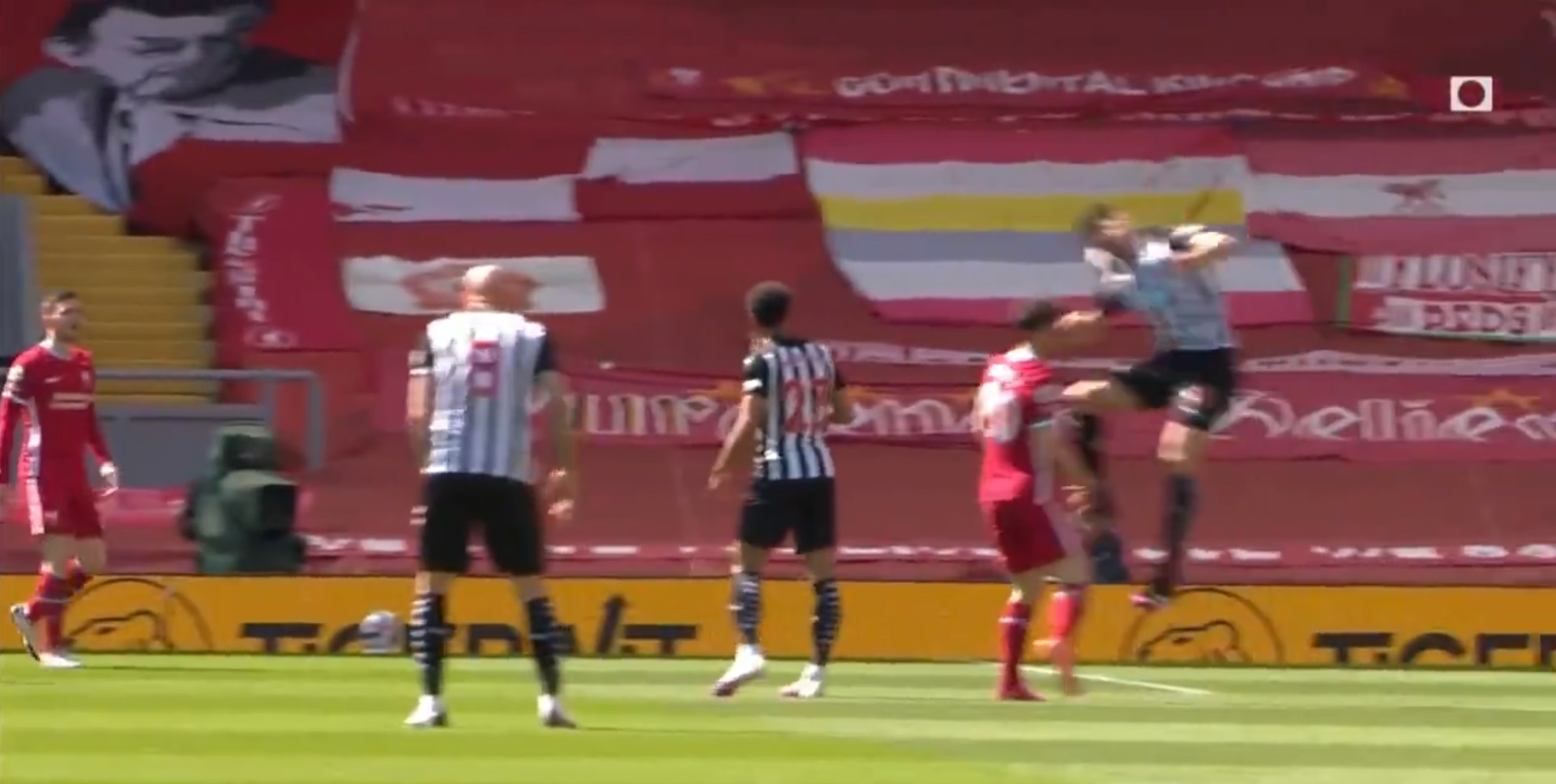 Former referee Keith Hackett has questioned the decision not to award Federico Fernandez a red card for nudging Diogo Jota in Liverpool’s 1-1 stalemate with Newcastle United at the weekend.

The incident was reviewed by VAR, however, those at Stockley Park did not advise referee Andre Marriner to hand the Argentine his marching orders for the infraction.

“He doesn’t use his hand and arm for elevation. It’s straight against an opponent, it’s a red card, “ the 76-year-old told Football Insider. “I don’t know how they can recklessly put this out and give a yellow card.”

It’s difficult, and perhaps somewhat pointless, to speculate on how the outcome might have changed had Steve Bruce’s men been (rightly) lowered to 10 men, given our rather lackluster performance in the second half. .

Either way, it is frustrating that once again the VAR failed to award proper punishment for what appeared to be intentional and excessive use of force to all but the officials.

Fabian Balbuena having been sent off for an accidental kick on Ben Chilwell after clearing the ball – in an incident that was slowed down to the point of adding intention – it’s remarkable how remarkably those who use the tech stay incompetent even with his help.

Rather, was this content ad-free? EOTK PRO brings exclusive LFC news to your inbox