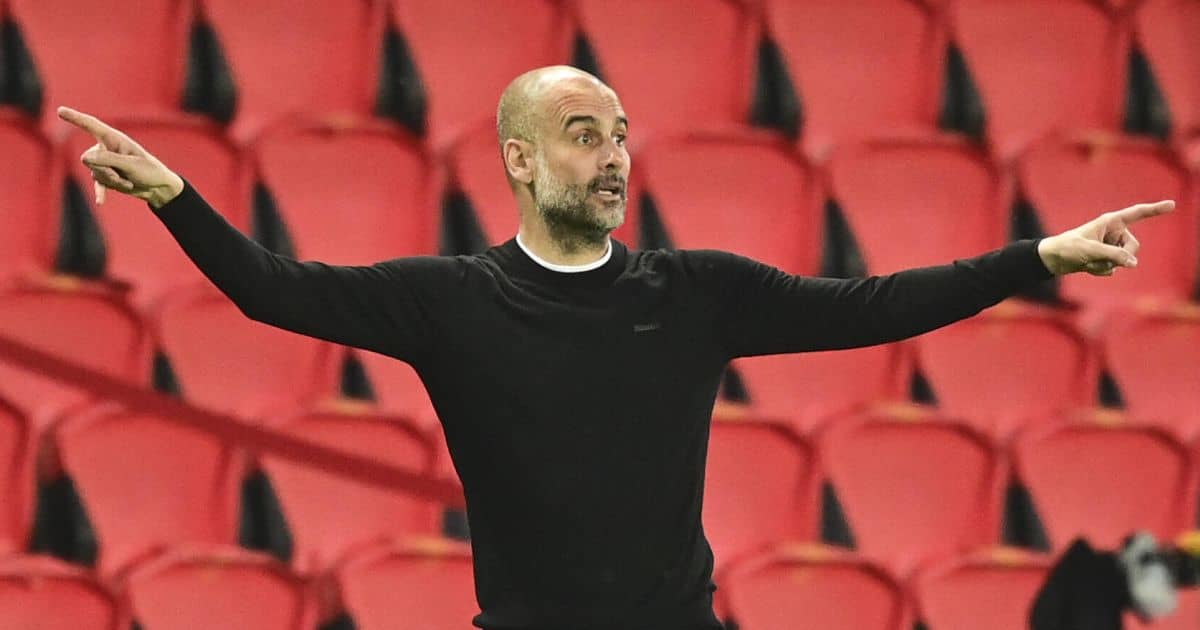 Pep Guardiola has advised Manchester City not to think they’ve already passed after explaining the secrets of their second-half turnaround against Paris Saint-Germain.

City got a 2-1 advantage from the first leg of their Champions League semi-final. They fell behind in the first half, but away goals from Kevin De Bruyne and Riyad Mahrez after the break put them in control. They hope to complete the job next week to reach the final.

However, Guardiola insists they still have work to do and that PSG are capable of causing upheaval in Manchester.

He hopes their performance in the second leg will be more like that of the second half in Paris than the first. Explaining the differences between their performances on either side of the break, Guardiola highlighted how they rediscovered their principles.

He said BT Sport: “We have started very well. We felt the pressure after we conceded. Sometimes we have to do more touches.

“A lot of people, it was the first time in the semifinals and wanted to do it.

“The last 10 minutes have been good. In the second half of the year, we were excellent in all departments. Two away goals. We have a tough job in six days.

“Sometimes you have to be more relaxed and be ourselves. The first half is normal – 180 minutes, you don’t want to lose the ball, you don’t play for free. We’ve changed the way we squeeze a bit.

“We were passive [earlier on]. Then we were more aggressive. It’s not easy against Mbappe, Neymar, Di Maria. Then we found goals and could have scored another.

“I’m so happy with the performance, but we’re only halfway there. There are 90 minutes left. PSG is a team, anything can happen.

“We didn’t have the right possession in the right positions. This is sometimes normal. This club does not have much experience in the semi-finals of this tournament. It will help us.

“In the second half, we were aggressive and played very well.

“Against Dortmund, we conceded and came back. Today the same. Be ourselves in the second half.

City captain De Bruyne sparked the comeback and he echoed Guardiola’s thoughts on their performance.

Belgian said BT: “It was a game in two halves. We started well in the first 10 minutes but PSG are an incredible team and have great quality up front. It was a shame the way we conceded.

“After that, they had a few small chances. After 25 minutes we changed the way we pressures and it got better.

“The second half was much better. We put them under pressure. The first goal was a bit lucky with the way it went, but we played great football and we did well.

De Bruyne has confirmed that Guardiola’s halftime message is to calm down.

He revealed that Guardiola told them, “Play a little more with the ball.

“In the first half, we were in a bit of a hurry, trying to move too fast and that’s not how we are made up as a team. In the second half, we tried to find space with more patience.

“It’s a tough team to face. The progress we made as a team was good.

“There is still one game to play and we need to focus on that.”