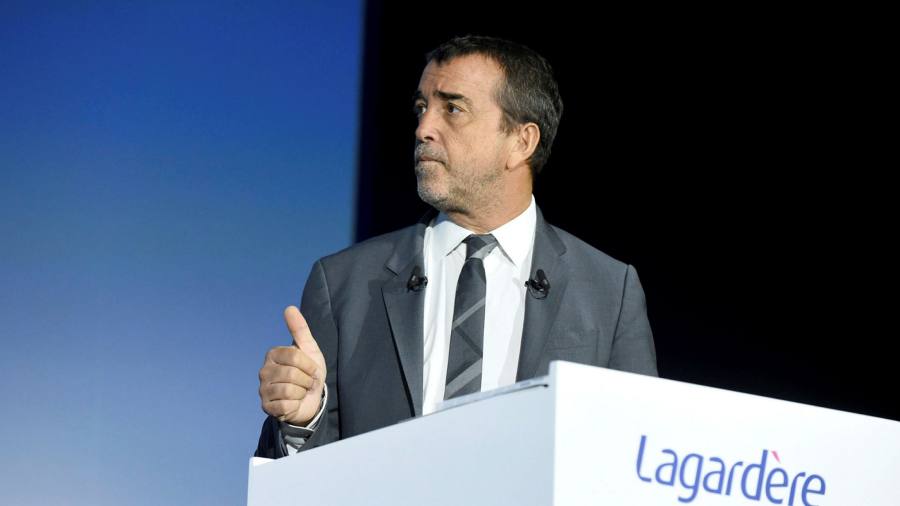 Arnaud Lagardère struck a truce with activist hedge fund Amber Capital and two of France’s richest men who fought for control of the French media and distribution group founded by his father.

Confirming previous reports, the heir will relinquish the powerful influence conferred on him by the distinctive legal status of the Lagardère group as partnership Limited by shares, which gave him a right of veto over most of the company’s decisions when he only held a 7% stake.

In exchange for agreeing to make Lagardère a conventional anonimous society, Arnaud Lagardère will receive 10 million additional new shares of the company, or 7% of its capital, the company announced on Wednesday. He will also have three seats on a new 11-member board and a contract to serve as CEO for six years.

The deal is subject to regulatory approval and shareholder vote at the annual meeting on June 30, but is likely to pass as key players have all agreed.

It also means that a dissolution or sale of the business, which had been discussed and opposed by the heir, is likely not to be considered in the short term.

Vivendi, controlled by billionaire Vincent Bolloré and largest shareholder of Lagardère with 29% of the capital, was interested in the publisher of books Hachette and the radio station Europe 1, both assets of Lagardère, according to sources close to the folder.

All parties formerly at war will share power within the new board of directors: Vivendi will have three seats like Arnaud Lagardère, while Amber, Arnault and the Qatar Investment Authority will each have one seat.

It would take a two-thirds majority vote of the board to replace the CEO and three-fifths for any sale of assets above certain thresholds.

The truce is the culmination of months of discussions between the factions and was facilitated by former President Nicolas Sarkozy, who sits on Lagardère’s board of directors, people close to the talks have said. The catalyst was the next shareholders meeting at which Amber reportedly looked to replace the board again, and may have been successful since she has teamed up with Vivendi since last summer.

Sarkozy, close to Arnaud Lagardère and Vincent Bolloré, instead encouraged the men to negotiate a solution.

This is not the first time that the former chairman has played a key role in the company – he advised Arnaud Lagardère to bring in Vincent Bolloré as a shareholder ahead of last year’s annual meeting, to help fend off a previous coup by Amber’s board of directors.

It worked at first, but backfired when Bolloré continued to buy shares just below the threshold for a takeover bid.