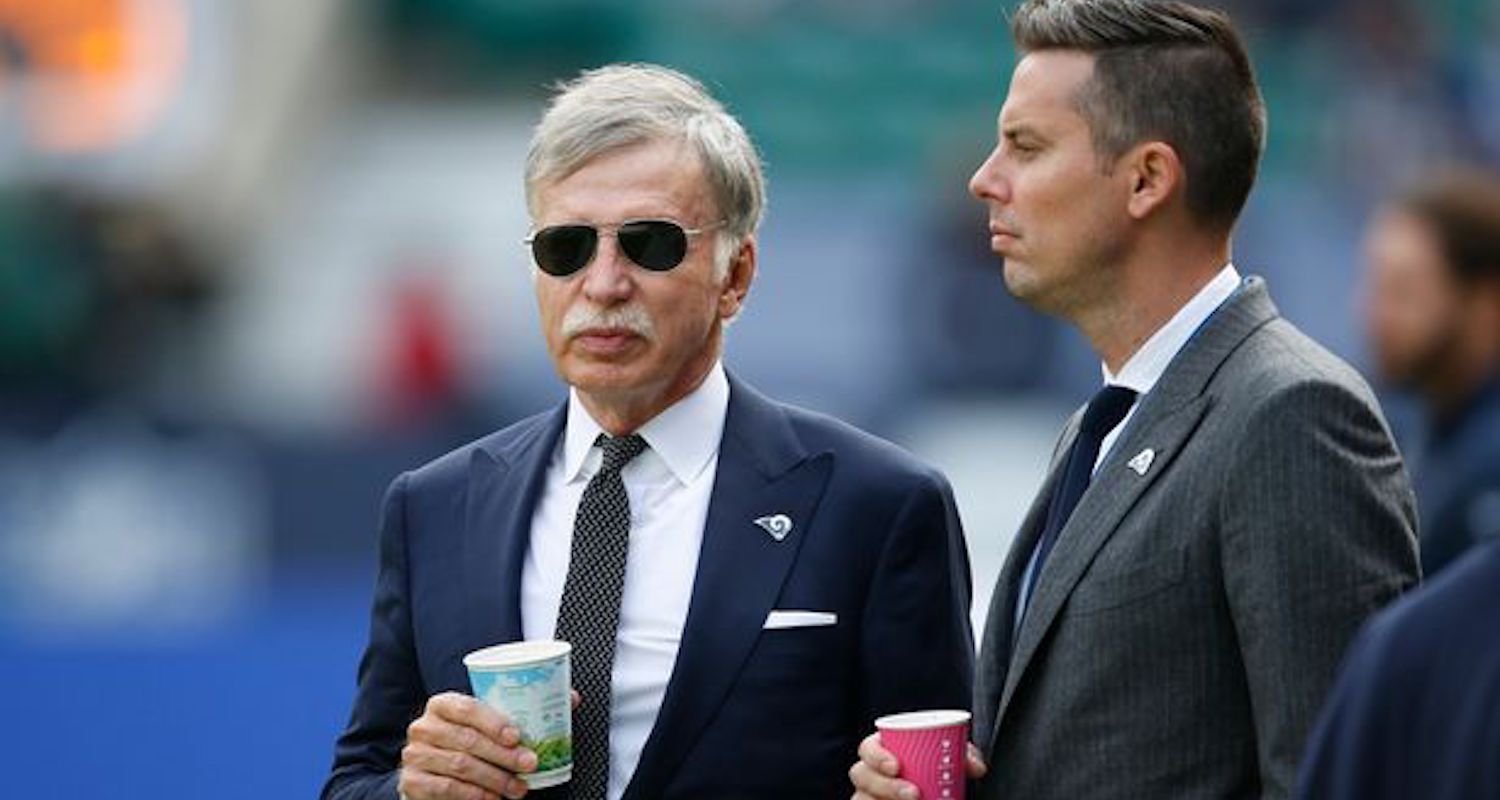 Heading into the most important game of our season, it seems a little distracting to stay focused on owners and ownership issues, but that’s where we are.

Daniel Ek, via whoever does his media work behind the scenes, announced yesterday that he will speak publicly about his plan to buy Arsenal from KSE. It should happen at some point this afternoon.

Before they even really had time to land, Stan and Josh Kroenke released a statement making their position clear:

In recent days, we have noted speculation in the media regarding a possible takeover bid for Arsenal Football Club. We remain 100% committed to Arsenal and do not sell any stakes in the Club. We have not received any offers and we will not accept any offers.

“Our ambition for Arsenal remains to compete for the biggest trophies in the game and our goal remains to improve our competitiveness on the pitch to achieve this.

I don’t think anyone should be surprised at all. While Arsenal strive to be consistent on the pitch, they’ve had it at the management level when it comes to the owners and their insistence that they have no intention of selling. It was reported again over the weekend, and it’s in black and white again.

I’ve seen people say it was just a negotiating tactic, but I don’t think it is. I believe them when they say they won’t take any offers. I also don’t think someone who goes public via Twitter, hires former players to add a level of populism to the situation, and then goes public via an interview with Sky Sports (?) Is ever going to find KSE ready to go. their offer. They moved the Rams from St. Louis to Los Angeles despite enormous public anger and opposition, so they won’t be backed in a corner by a tech no matter who they were in their consortium.

On ESPN, James Olley reports that there was an internal meeting with KSE and staff where funds were pledged for summer investments. Which, of course, is what you would expect, but let’s not be too cynical to admit that it is – whether true or not – that a lot of people are looking for the person who runs the club. Splash the money and you are Mr. Popular.

The issues with KSE extend far beyond investing, so let’s not fall into the trap of labeling them as tight or unwilling to spend, either. In recent years, Arsenal have spent a lot of money in the market and on new contracts for Mesut Ozil and Pierre-Emerick Aubameyang:

I think questions about how we spent are more relevant than how much we spent. We also let a lot of money go out for free. Alexis Sanchez, Danny Welbeck, Aaron Ramsey, Mesut Ozil, Shkodran Mustafi, Sokratis, Henrikh Mkhitaryan. Of course, not all trades have been bad, you can always point out that Oxlade-Chamberlain and Iwobi’s sales are pretty good, but too many of them haven’t helped a club’s finances. which has, for the most part, been allowed to spend what it generates.

This is an area of ​​our operation that needs improvement, no doubt, but it goes way beyond what we do in the transfer market. There is a direct correlation between owner satisfaction and performance in the field. If we were in the top four this season and progressed, I think the objection to the Super League would have always been loud, but maybe not quite at the level we’ve seen. Human nature, and all that.

The reality is that since KSE took 100% control our trajectory has been one way and we need it the other. I had hoped – perhaps foolishly – that after the We Care Do You thing in the summer of 2019, they understood that they needed to be more active. To be fair Josh was more involved, he communicated a little more, he was away from more games, but it still took the appointment of Tim Lewis last summer to put a much-deserved end to Raul Sanllehi’s time at the club. .

Now where is the line between pragmatism and reality? Honestly, I don’t think KSE is going anywhere. I fully support the protests and would like a new owner who cares, who understood it, who understood it all, who was kind and avuncular and one of us and all that, but just don’t see how it’s going to happen when they’ve made their position so clear… again.

Right now I think the best we can hope for is for Stan and Josh to realize that in order for this club to come back to where they keep saying they want it to come back, they need to be more committed. They need to hire the best people for top positions on and off the pitch, and beyond – since football is not their area of ​​expertise – they’re going to have to hire someone right to hire. These persons. This person doesn’t have to be an Arsenal fan: his first qualification should be the quality of his work.

More than transferring funds for a struggling manager who, as much as I want him to be successful because I think he understands a lot what is wrong, finds it difficult – maybe a real signal from them implication would be to bring in a football executive with a solid track record. I know Richard Garlick is coming from the Premier League to strengthen the squad behind the scenes, and that seems to have been put forward, but maybe something else is needed as well.

Which is not to say that remittances aren’t important. There is a lot to do with this team this summer, and what we do, how we do it and where we are at the start of next season will be key to our progress. It’s a phrase we’ve heard before, but no matter what happens between now and the end of May, this summer is shaping up to be the most crucial summer in our recent history. However, I don’t think we can buy and sell our way to competitiveness without the right people, and we don’t yet know if we have them. As Tim recently pointed out in his column, KSE’s decision making has been poor, and until they tackle that, nothing will change much.

Mikel Arteta meets the press this morning before the trip to Villarreal. All the stories and coverage of that on Arseblog News, and the focus now has to be on football because it’s a huge moment for the team and the manager.