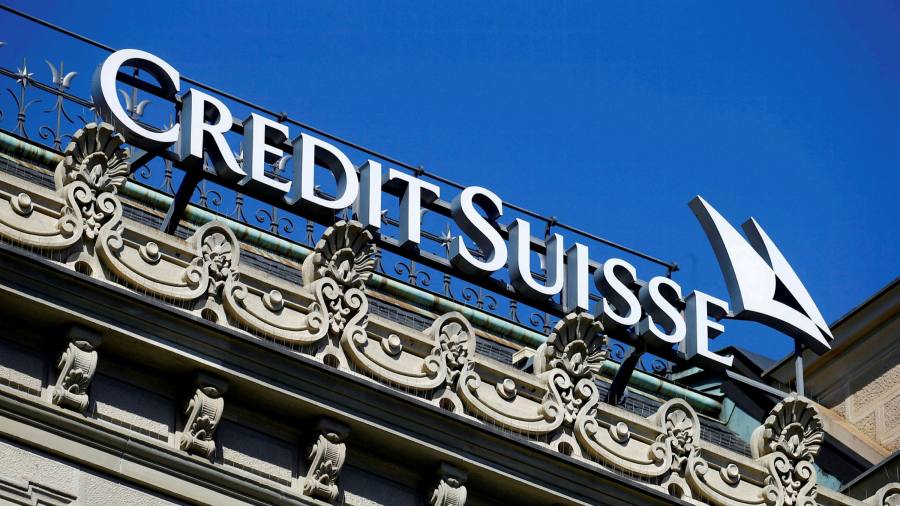 Credit Suisse’s board is considering removing the chairman of its risk committee ahead of a potentially embarrassing shareholder revolt at the Swiss bank’s annual meeting on Friday, according to people familiar with the situation.

Several of the lender’s biggest investors have publicly stated that they will vote against the re-election of Andreas Gottschling to protest the twin crises of Greensill Capital and Archegos Capital. These have resulted in billions of losses for the bank and its clients this year, and Credit Suisse shares have plunged more than a quarter since the start of March.

The board, which has a pre-arranged meeting Thursday afternoon before the AGM, was alarmed at the level of shareholder dissent over Gottschling’s role, the people said.

If the directors decided to remove Gottschling as a candidate, they would make the announcement after the markets close tonight. The board has already removed Lara Warner, director of risk and compliance, Brian Chin, director of his investment bank, as well as several risk managers and mid-level traders responsible for the losses.

Internal Gottschling supporters believe he is a scapegoat for investor anger over a litany of risk failures that have plagued the lender in recent years.

“There is a strong feeling that even though they understand that shareholders want to voice their displeasure, they are going after the wrong person,” said a person briefed on the board discussions.

Credit Suisse was forced to raise $ 1.9 billion in capital from shareholders last week to consolidate its balance sheet after reporting $ 5.4 billion in business losses linked to the implosion of Archegos, the family office headed by former fund manager Bill Hwang.

Some directors have questioned why Credit Suisse’s U.S. prime brokerage unit extended tens of billions in funding to the family office, whose collapse last month was one of the most dramatic in Wall Street history. .

Some people on the board have also lost faith in Eric Varvel, who was removed from his role of managing Credit Suisse’s $ 500 billion asset management business after being forced to suspend $ 10 billion. supply chain finance fund dollars tied to controversial finance company Greensill last month.

However, Varvel retained his position as managing director of the bank’s US operations and chairman of its investment bank.

Opponents of Gottschling include US investment manager Harris Associates and the Norwegian oil fund, both among the top 10 shareholders. The 53-year-old German has chaired the risk committee since 2018, earning $ 1 million in annual fees.

David Herro, vice president of Harris, who claims to own 10.25% of the shares, told the Financial Times this week: “It’s the director’s job to represent shareholders and oversee management. . . Not only should Mr Gottschling be dismissed, but I am actually surprised, in light of current events, that he has not already resigned. “

ISS was recently acquired by Deutsche Börse, the German stock exchange, where Gottschling is also a member of the board of directors.

Lloyds Banking Group outgoing chief executive António Horta-Osório is due to be confirmed as chairman of Credit Suisse’s annual meeting on Friday. He is expected to act quickly to revise the map as he attempts to limit the damage to his reputation.