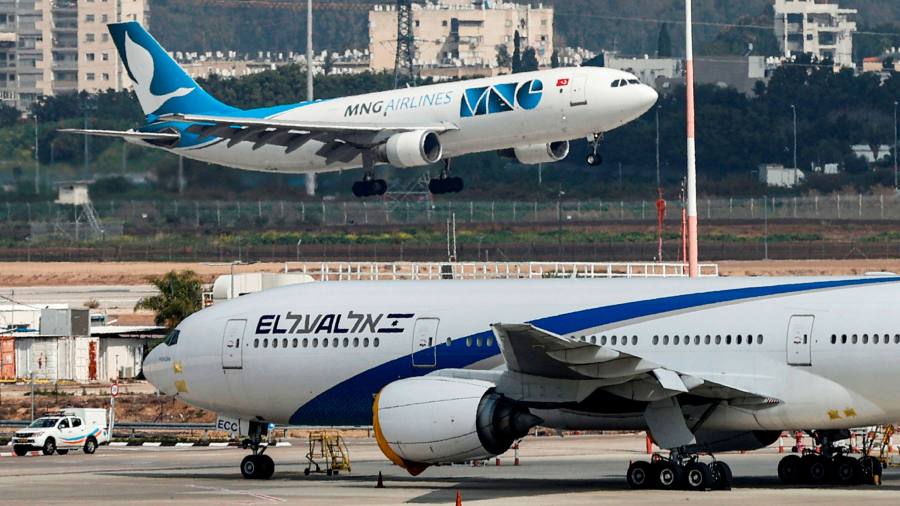 The EU trade commissioner said he increasingly hopes to strike a deal with the Biden administration to end a 16-year feud over Airbus and Boeing subsidies, which would be a breakthrough in relations. transatlantic trade.

Valdis Dombrovskis told the Financial Times that the EU and US were “very intensively” engaged in resolving their trade disputes, as he hailed a “very welcome change” since the administration of Joe Biden took office in January.

The talks over aircraft subsidies are a particular focal point, given the shared will in Brussels and Washington to end a dispute that, over the past two years, has resulted in either side hitting the other with punitive multi-billion dollar trade tariffs.

These duties – on a wide range of products ranging from French wine to American sugar molasses – are currently suspended after the EU and US agreed in March to lift them for four months, creating political space for the negotiations.

“The work is in progress and I think there is reason to believe that we will be able to resolve this problem, and that we will not have to revert to this mutual imposition of tariffs,” said Dombrovskis.

Dombrovskis said the two sides were working on new rules, called disciplines, on future subsidy deals for the airline industry. Asked if the talks could be concluded within the four-month deadline announced on March 5, the commissioner said: “We are currently working with this timetable in mind.”

The dispute is one of the oldest cases in the history of the World Trade Organization. It has been found over the years that both sides have failed to properly implement the rulings of WTO panels on illegal subsidies.

Its consequences have become increasingly tangible in recent years, with the US hitting EU exports worth $ 7.5 billion with additional tariffs in October 2019, while the EU imposed additional duties on $ 4 billion in US exports the following year. Both sets of measures were in line with WTO rulings in favor of each party.

“I hope we will be able to solve it and put it behind us,” Dombrovskis said.

Brussels has offered the United States a broader six-month suspension of punitive tariffs – a measure that would cover duties related to Trump-era tariff increases on imported steel and aluminum. The suggestion has so far not been taken up by Washington.

Dombrovskis said the EU is seeking to suspend tariffs on steel and aluminum in order to “jointly tackle the root cause of the problem, which is global steel overcapacity”, notably resulting from Chinese production. .

“So far, we are waiting for concrete reactions. . . on this proposal, ”said Dombrovskis. “From our point of view, that would be the best solution.”

Trade Secrets is FT’s essential daily briefing on the changing face of international trade and globalization.

Sign up here to understand which countries, companies and technologies are shaping the new global economy.

He said cooperation with the new US administration, including its trade representative Katherine Tai, was increasing on topics such as WTO reform and how to address “the challenges posed by the socio-economic model of the United States. China”.

Brussels has also submitted proposals to the United States for the creation of a Trade and Technology Council to develop standards in cutting-edge areas such as artificial intelligence.

“I would say the first reactions. . . are generally positive, ”said Dombrovskis. “We are also awaiting more specific reactions from the United States. [We’re] ready to discuss and find a solution that works for both sides. “