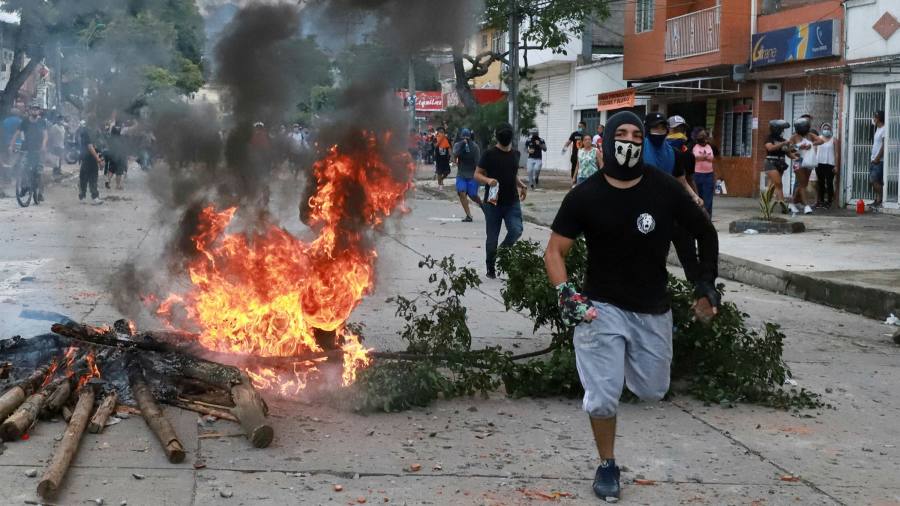 Colombia’s finance minister resigned on Monday after the government was forced to withdraw a highly unpopular tax reform bill that sparked six days of street protests in which 17 people died.

Alberto Carrasquilla has said he is stepping down to allow the government to reach the consensus needed to push through a tax reform package in Congress. President Iván Duque mentionned Carrasquilla would be replaced by the Minister of Commerce, José Manuel Restrepo Abondano.

The government presented the tax reform bill, which the former finance minister designed, to Colombian congress last month. It aimed to increase gross domestic product by 1.4 percent, or $ 4.1 billion, by removing some exemptions and broadening the tax base, among other measures.

But within days, even the parties supposed to support the tax code changes rejected them. Duque’s right-wing Center Democratic party has urged the president and his finance minister to tweak the bill.

Last Wednesday, thousands of people took to the streets to protest. The scale of the protests seemed to surprise the Colombian government and emboldened the organizers, who extended them for several days. The protests have grown increasingly violent and the government has deployed the military to some towns to restore control.

The state mediator’s office said on Monday that 17 people, including a policeman, were killed in the clashes and 846 others injured, including 306 civilians. The defense minister said the violence was “premeditated, organized and financed” by left-wing guerrilla groups.

Duque said on Sunday his government would bring an alternative tax bill to Congress and hinted at some of the measures it may contain.

These included temporary measures such as a corporate surtax and increases in Colombia’s wealth and dividend tax, as well as further spending cuts. A plan to increase the value added tax on goods and services will be abandoned.

“The fact that the new bill would now be transitional in nature. . . means that the country’s reporting of its commitment to adjustment is now lower, ”Citibank analysts wrote. “This will weigh negatively on the decisions of rating agencies.”

Tax reform is the most important law in Colombia this year. The investment status of the country depends on it.

Fitch and Standard & Poor’s rated Colombia triple B minus with a negative outlook for long-term debt issuance. It’s just a cut above non-investment or junk status. Moody’s rated Colombia Baa2, two notches above the junk.

If the tax reform effort fails or is diluted, there’s a good chance Colombia will be demoted from a small group of blue-chip Latin American countries that includes Mexico, Chile, and Peru.

It would be a blow to a country which, despite its long civil war and well-documented anarchy, has boasted of fiscal rectitude. Unlike most countries in the region, Colombia has not defaulted on its debt since the 1930s and has enjoyed prime status since 2011.

While the withdrawal of the tax bill and Carrasquilla’s resignation may ease tensions, protesters have vowed to return to the streets on Wednesday.