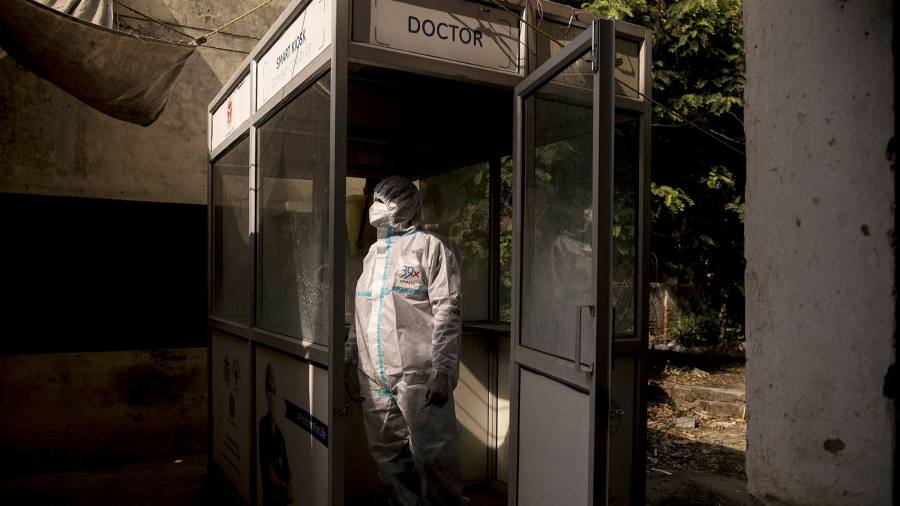 India’s number of confirmed coronavirus cases crossed the 20m mark, making it the second country in the world after the United States to hit the milestone, as sick patients continued to overwhelm the country’s healthcare system .

More than 3,400 people died from Covid-19 on Monday, pushing India’s death toll from the pandemic to over 222,000. This figure is widely believed to be an undercount given low levels of testing.

Crematoriums and cemeteries struggled to cope with an overwhelming flow of bodies that far exceeded the official death toll from Covid-19.

Among those who died on Monday, there were 24 patients in a hospital in Karnataka who lacked oxygen, underlining the continued pressure on the oxygen supply lines.

India confirmed another 355,000 infections on Monday, up from a one-day peak of more than 400,000 on Friday, but testing has also fallen sharply, which could explain the lower number of cases.

Daily tests went on weekends from 1.9m on Friday to 1.5m on Sunday. However, the test positivity rate was 19%, indicating that many cases still went undetected.

India’s vaccination campaign has also failed amid a vaccine shortage, with just 1.6 million people vaccinated on Monday, up from a peak of around 4 million last month.

Healthcare professionals have reported a large number of deaths in rural areas, where testing infrastructure is virtually non-existent, among patients who presented with Covid-19-like symptoms and breathing difficulties.

India’s leading trade organization, the Confederation of Indian Industry, has called for tighter restrictions on non-essential activities to stop the second wave of infections.