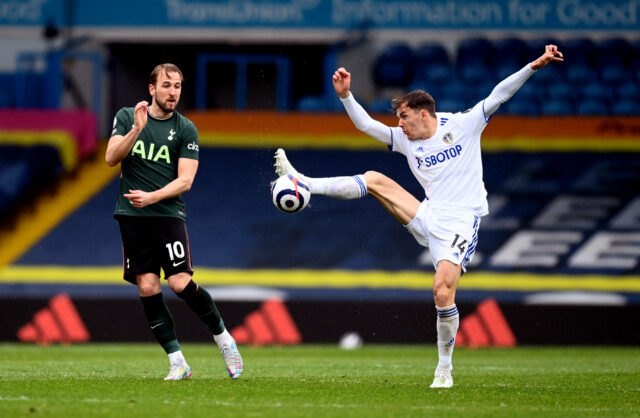 Leeds beat Spurs 3-1 in the Premier League at Elland Road, with goals from Stuart Dallas, Patrick Bamford and Rodrigo sealing all three points for Marcelo Bielsa’s side.

Llorente started the match and played the entire 90 minutes. The Spaniard took to social networking site Instagram after the game to share his reaction.

His club teammates Luke Ayling and Liam Cooper responded to his post.

Llorente was brilliant during the game, making four interceptions and four clearances.

The Spaniard suffered injuries in the first half of the season, but has been exceptional for the past two months.

He has now made 13 Premier League appearances and has gradually become one of the first names in Marcelo Bielsa’s squad roster.

With Robin Koch now in great shape, he could forge a solid center-back partnership alongside Llorente next season.

Leeds are currently on track to finish in the top half of the Premier League and will be eager to start next time around.

Llorente is likely to play a pivotal role and could provide Whites with the platform to challenge the European qualification.

In other news, check out Manchester City vs Chelsea facts and stats ahead of the Champions League final.