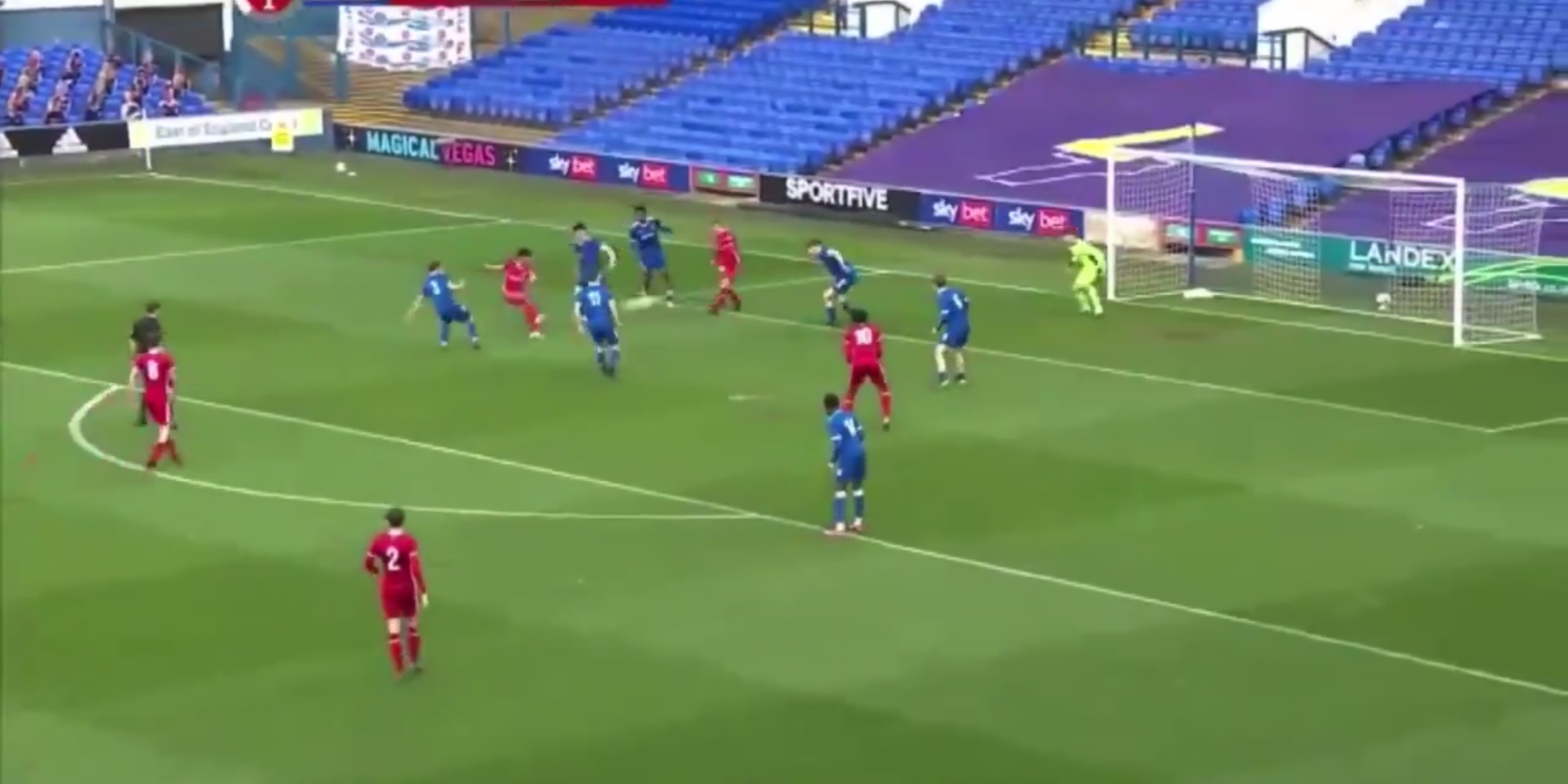 Liverpool starlet Melkamu Frauendorf was on target this week as the U18s booked their places for the FA Youth Cup final.

The young Reds took a narrow 2-1 victory over Ipswich Town and will face Aston Villa or West Brom in the showdown in two weeks.

Fellow super-starlet Mateusz Musialowski also scored a wonderful goal to bring Liverpool back to a level playing field, after losing 1-0.

Frauendorf’s goal showed the 17-year-old’s whimsical footwork and instinctive thinking, with very little time on the ball before kicking towards the goal to give his team the advantage with less than ten minutes to go.

Take a look at the young German international bagging below – with footage via FA / Ipswich Town.

Great Fraudendorf feet to put on #LFC 2-1 in the semi-finals of the FA Youth Cup. 🔥