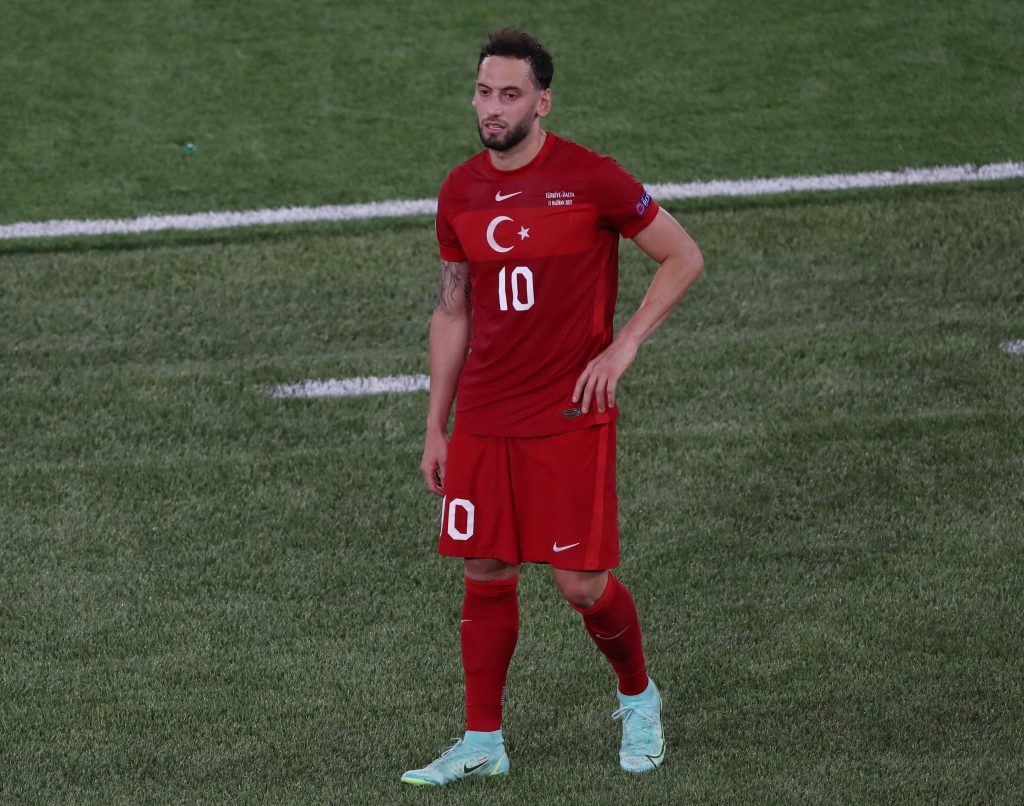 Italy got their Euro 2020 campaign off to a good start on Friday, beating Turkey with three goals in the second half.

Roberto Mancini’s men dominated the first half but were greeted by a stern Turkish defense seemingly happy to draw.

Ciro Immobile had a couple of half chances that missed the mark, and Lorenzo Insigne deflected a shot following a one-two with Immobile.

Center-back Giorgio Chiellini was the closest on either side to open the scoring.

The Juventus man’s header was in goal, but he was pushed back by an excellent save from Ugurkan Cakir.

Despite controlling Italy, the first half ended scoreless. Turkey entered the break with just 33% possession and no attempt at goal, compared to Gli Azzurri’s 14.

The second half started off the same and Italy finally took the advantage they deserved.

Domenico Berardi passed Umut Meras on the right and shot a cross into Merih Demiral’s body. The defender turned the ball into his own net.

The Italians continued to control the game and were now creating clearer chances. Cakir had to be at his best again to deny the efforts of Leonardo Spinazzola and Manuel Locatelli.

However, the goalkeeper couldn’t stop his side from going further in the 66th minute later. He came down well to stop Spinazzola’s powerful effort, but he fell gently at the feet of Immobile, who scored 2-0.

It was a comfortable game for Mancini’s side from that point on, and they put the icing on the cake with just over ten minutes to go. Motionless fed Insigne and the Napoli man placed his shot in the far corner.

The game ended 3-0, marking an excellent return to the football tournament for Italy. They will face Switzerland on Wednesday, while Turkey will try to rebound against Wales.

Cakir Ougurkan (7/10) – Made impressive saves but was responsible for the third goal. A mixed service.

Intelligent Celik (5/10) – Given a difficult night by the left side of Italy. Well handled in the first half but failed to replicate it after the break.

Merih Demiral (5/10) – Was a key part of a strong defense in the first half. Unlucky with the own goal, but it all fell apart after that.

Caglar Soyuncu (6/10) – Helped keep Italy at bay in the first half and couldn’t do much for goals. Earned the first yellow card of the tournament.

Hope Meras (4/10) – Lost his footing for the first goal, allowing Berardi to get into a good position and force the opening goal.

Ozan Tufan (5/10) – struggled to keep the ball and was passed by the Italian midfielder. Replaced over 64 minutes.

Hakan Calhanoglu (4/10) – Supposed to be the main source of creativity on the Turkish side, but did nothing. A truly disappointing performance.

Kenan Karaman (4/10) – Anonymous for most of the match before being substituted at 76 minutes.

Burak Yilmaz (5/10) – Feed on waste. I’ve never had the chance to face a pair of experienced center-backs.

Gianluigi Donnarumma (6/10) – Had the easiest game of his career. Almost never forced into action.

Alexandre Florenzi (6/10) – Fairly well defended, but did not provide enough threat of attack. Replaced at half-time.

Leonard Bonucci (7/10) – Helped keep Yilmaz silent and the cast has always been good.

Giorgio Chiellini (8/10) – Played with all the experience to match his age. Unlucky not to score in the first half, and also made a brilliant challenge to preserve Italy’s clean sheet in added time.

Leonardo Spinazzola (8/10) * MOTM * – Always looked dangerous on the lower left and was a big contributor to the second goal. A brilliant opener from the left rear.

Manuel Locatelli (7/10) – Looked good on the ball and well tied.

Jorginho (8/10) – Barely put a foot in the middle of the midfield. Composed and tidy.

Nicolo Barella (7/10) – Helped Italy to dominate with a strong performance.

Domenico Berardi (7/10) – The weakest of the first three, but forced the opener. Somehow managed to get caught offside in a corner.

Ciro Immobile (8/10) – Always in and around the right areas and finally achieved its goal. Also provided the assist for Insigne’s third.

Lorenzo Insigne (7/10) – Wasted a good opportunity in the first half but always looked like a threat on the left with Spinazzola. Perfectly took his aim.